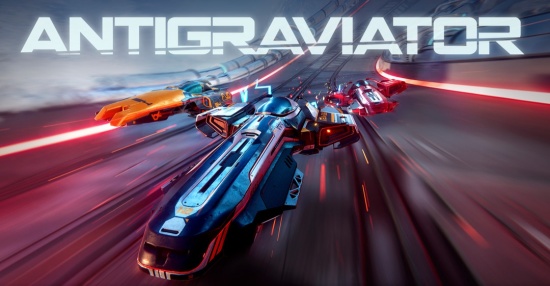 I WANT THIS OFFER!
woovit.info/antigraviator

Ever wondered what it’s like to race with no speed limit? Inspired by Wipeout and F-Zero comes Antigraviator, a sleek new take on the anti-gravity racing genre. Use traps, power-ups and boosts to overtake your opponents and dominate the track in single player or multiplayer mode. In a unique twist, the player has unlimited speed at their disposal, the only limit being their skill and ability to avoid walls and obstacles.

TRY OUT THE BRAND NEW DLC

Prepare for some thrilling hi-speed action in the forests of the Orval planet system. Take your new Venom Class Grav for a hair-raising sprint around 3 new tracks, collectively known as the Viper Trails! Tear up the track accompanied by 3 specially composed drum and bass tracks by Alex Meza.

Viper Trails also adds Hybrid Mode, a variation on Pure Mode that reintroduces traps. Plus - all tracks can also be driven in Mirror Mode, adding even more replayability.