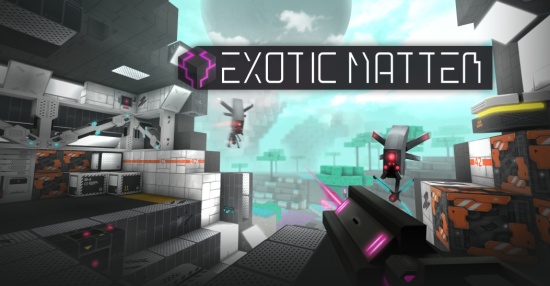 Shipwrecked on an alien planet light years from earth, you are tasked with finding a rare and invaluable substance that could save humanity from complete destruction. Explore the randomly generated open world of planet Xcylin, delve into the ruins left by an alien race, and expand your arsenal and abilities. Exotic Matter offers countless items, weapons, and block types to discover and unlock on your adventure to save Earth. Exotic Matter is a single-player open world voxel Metroidvania adventure, currently being developed for PC. A blend between a sci-fi mystery and a survival/crafting experience, Exotic Matter takes you on a compelling adventure through the fully simulated planet with roguelike underground facilities. The game's sophisticated "dungeon" generation system ensures that no two playthroughs or dungeons are ever the same. Exotic Matter also features a fully moddable engine, allowing you to explore countless other worlds created by the community or put on your creative hat and make your own sci-fi adventure!

Please note that although these features are all planned and most of them are fully implemented, they are all subject to change due to the fact that this is an Early Access game.